It has always been computers – Marta’s career story

Like many of us, Marta didn’t think much about what her dream job would be, as a child. She had thought about maybe becoming a teacher, like her mom, but didn’t realise that fate had some other plans in store for her.

When she first discovered computers as a teenager, she was hooked at once and wanted to learn more about them. This was the ’80s, the World Wide Web hadn’t yet been invented, and computers were a relatively new thing. Marta learned more about them by watching people use them in the department store while her mom was shopping. She discovered that you had to “program” computers to do cool stuff, so she tried it out for herself!

In high school, she was lucky enough to get some formal education about computers – not such a common thing at the time – and still remembers the moment when her teacher said, that maybe one day in the future Marta could earn some money, working with computers… Marta could not believe her ears! Up until then, they just had seemed a cool thing to play with.

That day came earlier than she expected when Marta, who was by then completing her Computer Science studies in UK, ended up working in a project where she was writing code to capture images from a gamma camera used in nuclear medical imaging… that was another memorable moment, realising her teacher’s predictions had come true, and that she was going to be getting paid from “just” coding.

Fast-forwarding to the present, her enjoyment over coding and solving problems with the help of a computer hasn’t disappeared. Marta considers herself lucky that she can still work doing things that she likes. She values and is thankful for the new opportunities she has, to keep learning and trying new things as computer technologies and their applications become more advanced.

Over the years, Marta has worked in several companies and from a few different countries. She met her husband-to-be in the UK, and while living there, they got married and had two children. After the university years, Marta worked as a developer in two companies: Bio-Rad Microscopy, and Xerox. She benefited from a lot of learning opportunities in those jobs and had the chance to do some international co-operation with teams in Israel and US.

After about fourteen years happily living and working in the UK, Marta and her family moved to Finland, where she had been offered a job at KONE. Settling in a new country with small children and a new job wasn’t easy for her. Cultural differences caught her by surprise, and learning the language proved a daunting task. Marta was hired as a software architect, for KONE’s new elevator control system, which was indeed an exciting prospect and her career at KONE was long. To this day, she considers herself an “elevator person” … some experiences change you for life!

In 2019, Marta left KONE and joined Philips for a short while. It was very exciting to be in the medical domain again, this time working with MRI scanners, but then RoboCorp – a Finnish startup – made her an offer she couldn’t resist. She was so grateful for the opportunity to leave corporate culture behind and learn about Robotic Process Automation, among many other new tricks. It was a whole new world for her, and she worked hard. But the startup scene can be a volatile one, and after one dazzling year Marta had to go… It was time to search for something else again!

Marta had been keeping tabs on Ouro because she knew some people who worked there and had a good feeling about the place. After RoboCorp, she wanted to learn more about software automation and thought working as a test automation developer could help her do that. Automation is very much at the core of Ouro’s ways of working, so it seemed like the perfect fit for Marta’s goals. She was a bit hesitant to become a consultant at first, but soon realised how well it suited her, and wished she’d done it years ago.

At Ouro, Marta has found a great team of true professionals, who care and look out for each other. She knows that everyone is focused on their own customer work, but she can always count on them if she needs help. Marta also values that her learning and development, are an asset to the company and that she is trusted as the expert on her own job.

Who is Marta in her leisure time 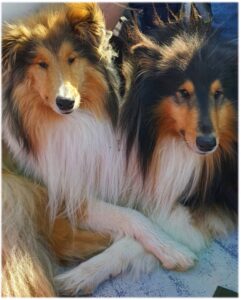 When she’s not working, Marta’s two dogs, Lupo and Remu like to keep her active. She also takes ballet and Pilates classes to keep moving, which is a good counterbalance to her static work. Maybe this is the reason why she enjoys having a massage time to time. When the weather allows, she loves going to the family cottage, where she can relax in the sauna and pick mushrooms. In the evenings, she is very happy when she has the time to make a nice meal or try a new recipe for her family or friends to enjoy.